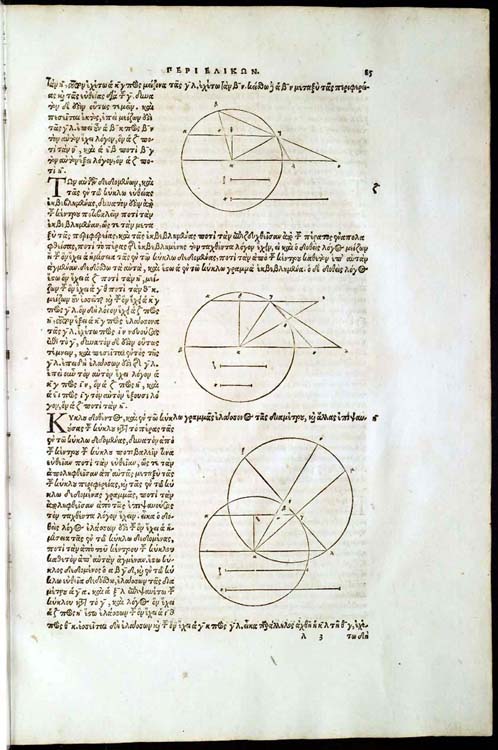 The first printing of Archimedes' works in the original Greek, with a Latin translation.

While some of Archimedes' mathematical treatises had been transmitted through both Greek and Arabic manuscripts during the early Middle Ages, his works were largely ignored in early modern Europe until the appearance of this edition, which conveyed in full the rediscovered mathematical principles and theorems that would inform the works of Galileo, Descartes, Fermat, and Newton.