Racial Bias in the Flexner Report 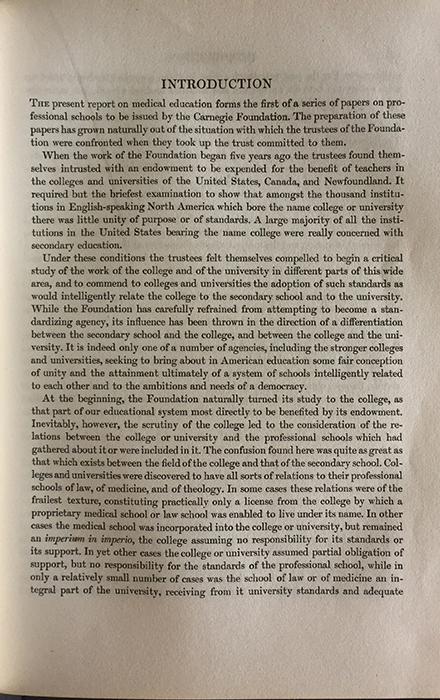 The early 20th century report that laid the framework for the modern North American medical school is also partially responsible for the disproportionately low number of Black physicians in the workforce today.
After the release of the Flexner report, five of seven existing Black medical schools were closed. From 1910 to 1930, there was one Black doctor for every 3,000 African Americans. In 1910, African Americans comprised 2.5% of U.S. physicians, which would actually decrease to 2.2% in 2008 before rising to about 5% of the workforce today. Although the standardization and assessment of medical education was necessary, Flexner's report gravely diminished the number of African Americans who could have become physicians and more than 100 years later the effects of the bias found in the report still impacts the racial disparity in the medical field.