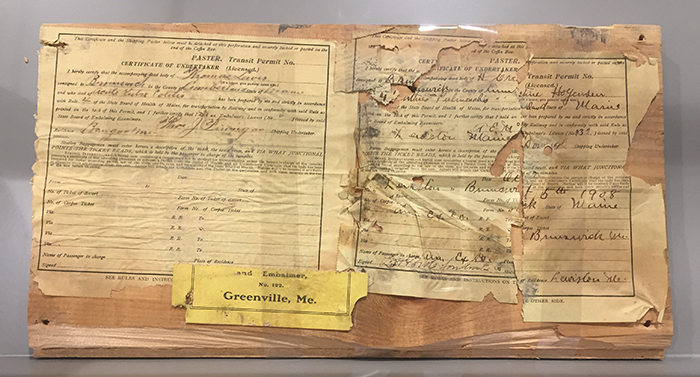 Medical students dissected cadavers as a part of their anatomical study in the late 19th and early 20th century at the Medical School of Maine. Pasted on this fragment of a coffin lid are two Certificates of Undertaker (1908 and undated), documenting that human remains were shipped in wooden coffins to Adams Hall for medical student use. This coffin lid fragment, along with an intact one nearly six foot in size, were used as subflooring on the fourth floor of Adams Hall and discovered during renovations in 2007.