The Orient and the Quill 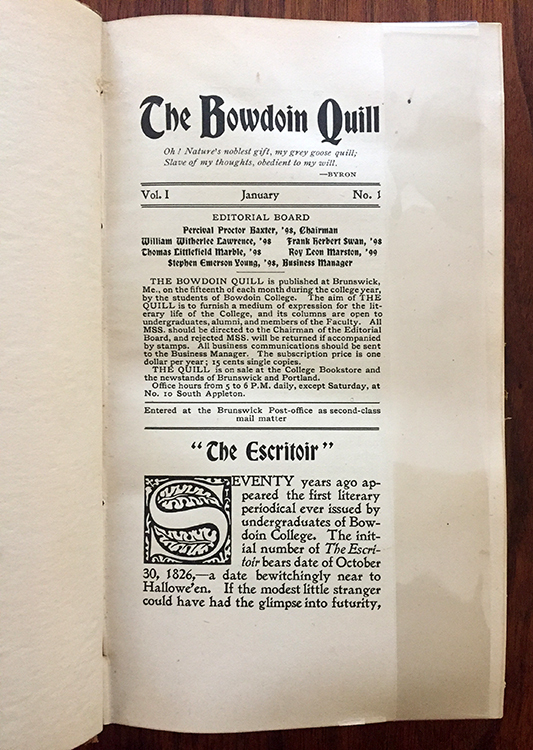 In its early years of publication, the Orient was laid out in a smaller magazine format and included literary material such as poems and fiction alongside its news. In 1897, the literary society formed its own publication, the Quill, and the Orient has since primarily focused on reporting news.