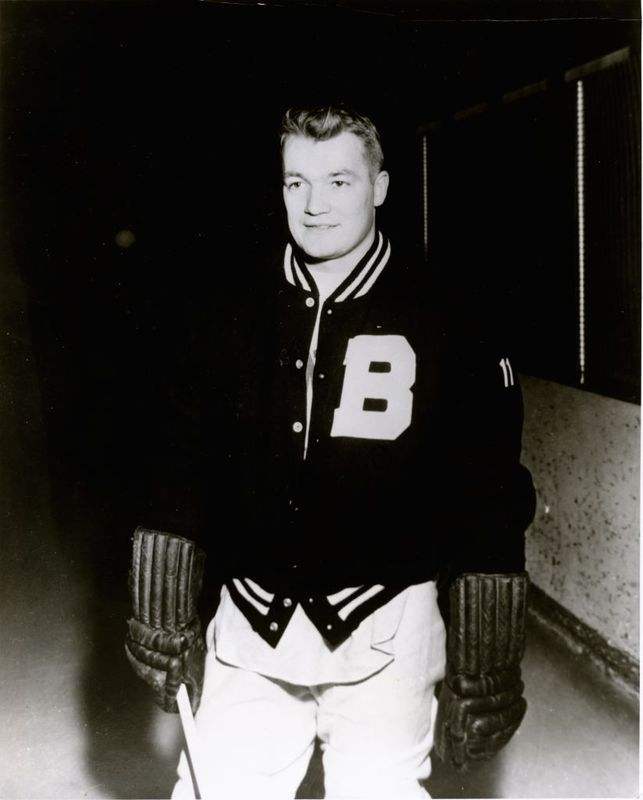 An immortal in the world of collegiate hockey, Sid Watson guided the Bowdoin hockey program to extraordinary heights during his career behind the bench.

As an undergraduate at Northeastern, Sid became one of the greatest gridiron players in school history. He averaged more than 100 yards per game and 7.1 yards per carry during his career as a running back. He still holds Northeastern's school records for most career points (191) and single-season points (74). Watson then moved on to play in the National Football League with the Pittsburgh Steelers and Washington Redskins. In 1958, despite the chance to play another year in the NFL, Watson accepted a temporary position as Bowdoin's hockey coach. Watson grew to love the game while playing at Northeastern, earning his stripes in the ultra-competitive collegiate hockey environment of Boston. After one season as a co-coach with Nels Corey, Watson took over the position full-time in 1959.

Over the next 24 seasons, Watson's teams compiled a record of 326-210-11 (.606). In the postseason, Watson's teams qualified for the ECAC playoffs every year but once from 1969 to 1983, reaching the ECAC Championship Game six times. The Polar Bears won the ECAC Division II Championship four times, in 1971, 1975, 1976 and 1978. He received numerous awards for his exploits, winning the Edward Jeremiah Trophy as national college division coach of the year three times (1970, 1971, 1978). In 1983, Watson retired as coach and became Bowdoin's athletic director one year later; he retired from that position in 1998. During Watson's tenure as athletic director, Bowdoin athletics grew to 29 varsity sports, 5 club teams, and more than 20 physical education courses. In 1996 Bowdoin dedicated the Sidney J. Watson Fitness Facility in his honor.