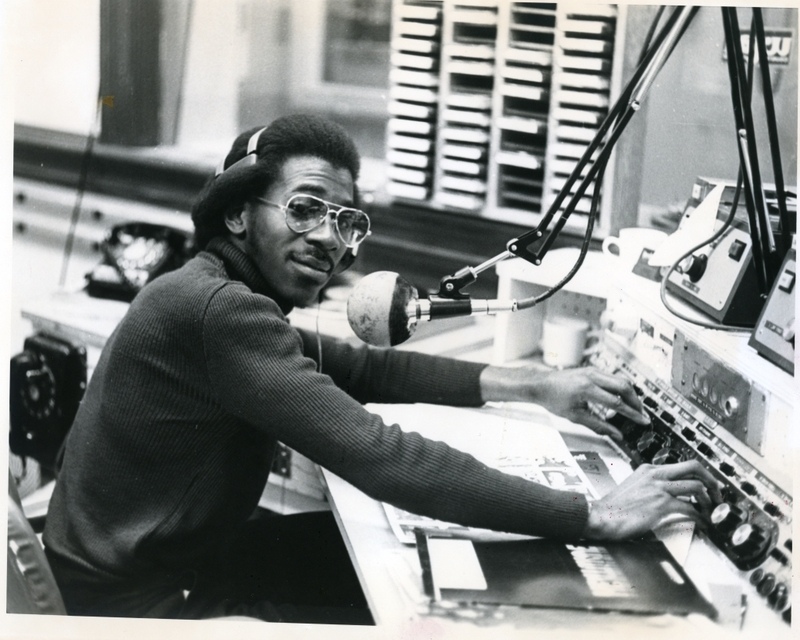 Seen here is Robert Hunter, Class of 1980, A.K.A "UB" at the radio station while working on his radio show.

In December 1956, WBOA applied to the FCC for an FM station license and was granted one on the frequency of 91.1 MHz. In conjunction with the switch to FM, WBOA changed its name to WBOR (Bowdoin-on-radio). On February 20, 1957, WBOR's first FM broadcast was heard across campus. Prior to this, WBOA could only be heard in the freshmen dorms within a few hundred feet of the Moulton Union station. On October 19, 1982, after a two-year battle with local radio and T.V. stations, the FCC gives WBOR the go ahead to increase their signal strength to 300 watts.