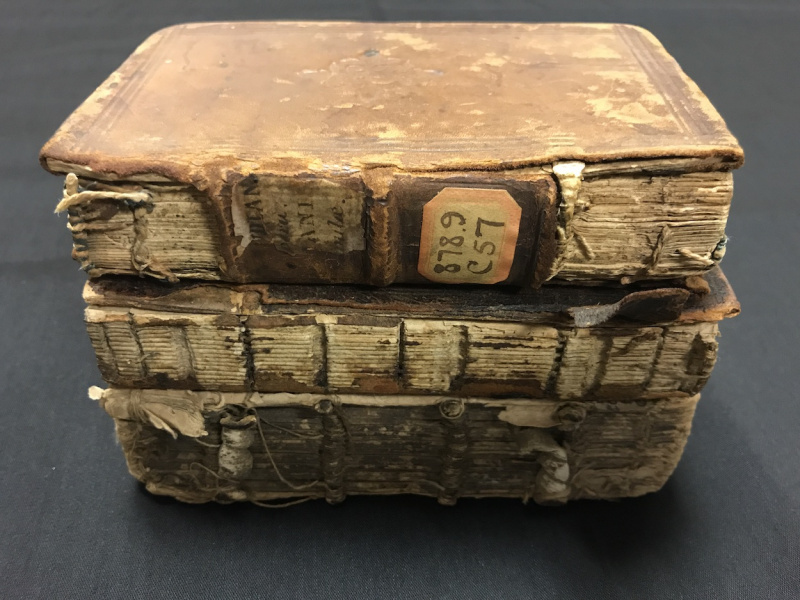 Once all the sheets of a printed book were folded, the binder sewed the signatures into a text block. Sewing structures evolved over time and can be helpful in dating early books. Early books were typically sewn over raised cords, resulting in the bumps seen on many spines. By the 17th century, binders were recessing cords by carving notches into the spine. Endcaps, bands at the top and bottom of a book’s spine, were structural in the early days of bookbinding. Endcaps persist today as decorative vestiges.