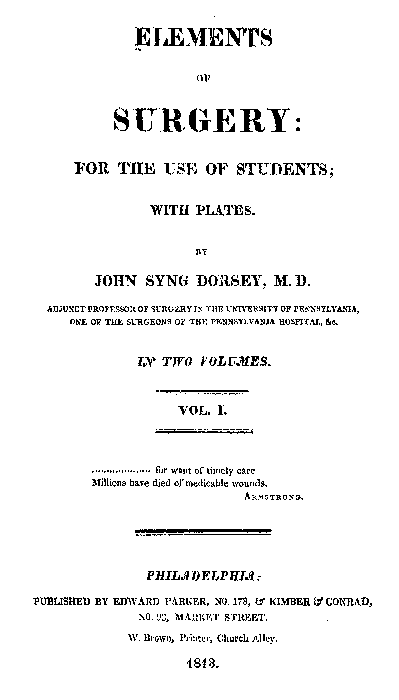 The Elements of Surgery was completed in 1813 by John Syng Dorsey, a University of Pennsylvania surgeon. The work thoroughly covered all major clinical areas of surgery of that time and was expanded through subsequent editions in 1818, 1823, and 1831. It became the standard surgical textbook in this country during that era and was the first American medical text exported abroad for use at the more established European centers of medical education. Dorsey, who wrote and illustrated the work was the nephew of Philip Syng Physick, the first Chair of the Department of Surgery at the University of Pennsylvania.