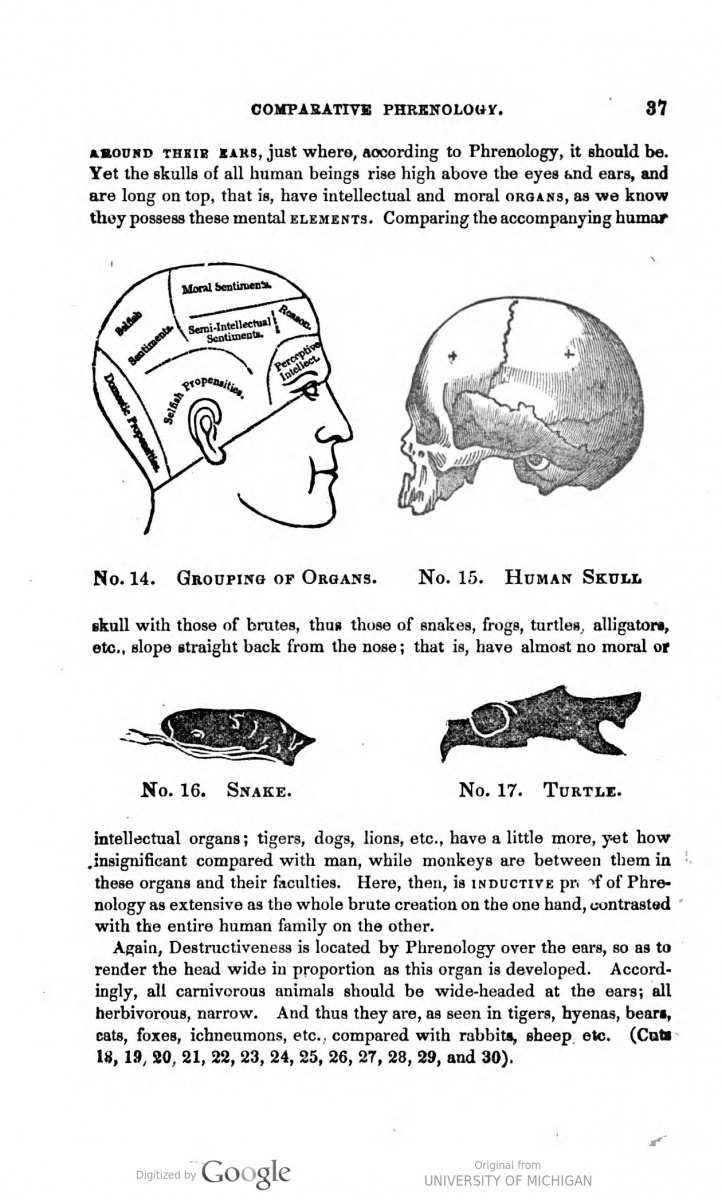 The brothers Orson Squire Fowler (1809-1887) and Lorenzo Niles Fowler (1811-1896) were among the most influential leaders of the phrenology movement in America during the 19th century. They ran a phrenological office in New York City, wrote and lectured on phrenology, preservation of health, popular education and social reform, and with their business partner Samuel Roberts Wells (1820-1875), published many seminal works on the movement, including The Illustrated Self-Instructor. First published in 1840 and released in 48 subsequent editions, the popular work proclaimed: “Self-knowledge, by teaching the laws and conditions of life and health, becomes the most efficacious means of prolonging the former and increasing the latter.” While simultaneously asserting the inferiority of African Americans and Jews, the Fowlers promoted liberal causes and social reform movements, including abolitionism, women’s rights, temperance, vegetarianism, and sex education. The brothers examined a wide variety of famous individuals of the day—including John Greenleaf Whittier, Clara Barton, Mark Twain, and Walt Whitman, and were crucial in the original publication of the latter’s Leaves of Grass. This copy, from the library of Gov. John Hubbard includes a “chart of the character” of Hubbard completed by Lorenzo Fowler in Eastport, Maine, on November 2, 1858.