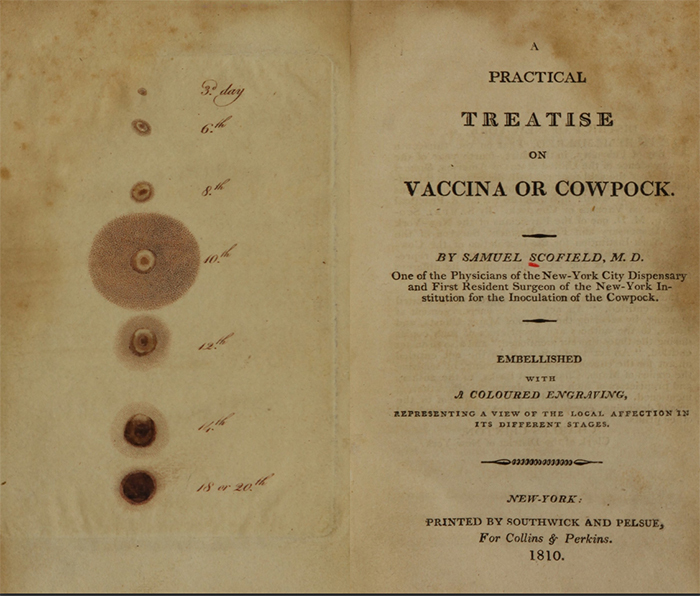 Samuel Scofield served as one of the physicians of the New York Dispensary and the first resident surgeon of the New York Institution for the Inoculation of the Cowpock. Scofield, a student of Dr. Valentine Seaman, the physician who introduced the smallpox vaccine to the United States and mapped yellow fever in New York City, wrote this text to serve as a practical handbook for practitioners, especially those he anticipated had not yet encountered the groundbreaking work of Dr. Seaman and Dr. Edward Jenners, the English physician and scientist respectively who pioneered the concept of vaccines and created the smallpox vaccine, the world’s first vaccine.