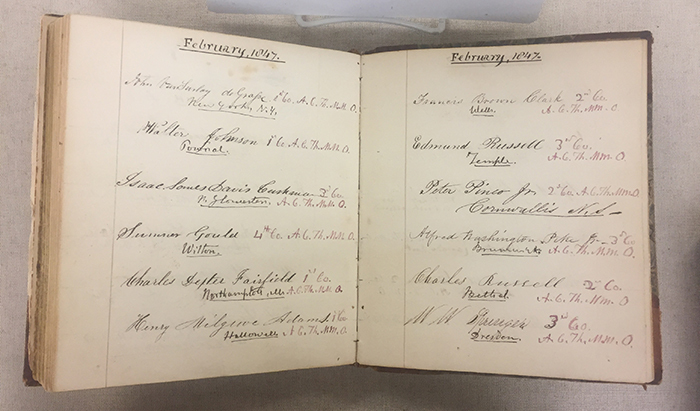 Over its one hundred years of existence, the Medical School of Maine trained more than 2,000 doctors, including the second and third African Americans to graduate from an American medical school: John Van Surly DeGrasse and Thomas Joiner White, both Class of 1849. Two other African Americans also attended lectures at the medical school during this period, William Miller Dutton from 1847 to 1848 and Peter Ray in 1848.

Enrollment at the medical school in the 19th century was controlled by the medical faculty and not the administration of Bowdoin College. Students received written permission to attend a series of lectures on medical topics, spread over two six-week terms in the spring semester. Bowdoin students as well as new alumni sometimes attended medical lectures without taking the medical degree. Notable examples include Henry Wadsworth Longfellow, Nathaniel Hawthorne, and John Brown Russwurm, who attended sessions in 1827, making him one of the first Black students to receive formal medical instruction.

Return to exhibit home page | Explore Tools of the Trade