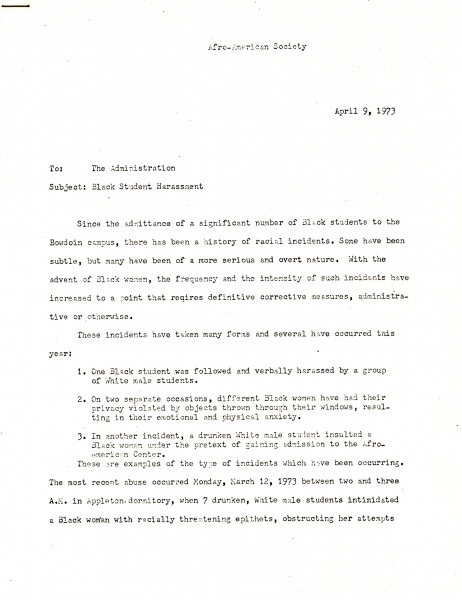 In her 2017 honors thesis, Pamala Zabala found that a bias incident occurs on average every 3 ½ years on Bowdoin’s campus. Following the increased number of black students into a formerly all-white student body, these incidents became more frequent. Above are reports of racial and sexual harassment cases against black students, as well as vandalism to the Russwurm Center, in the 70s and 80s. The Society found that the College did not take these cases seriously, nor discipline the white students responsible for them.