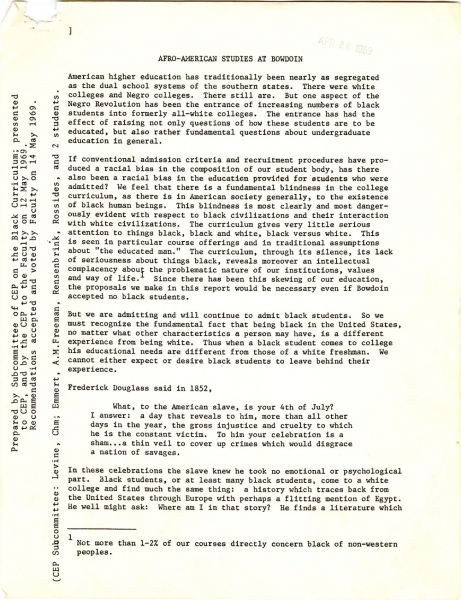 In April of 1969, the Committee for Afro-American Studies (CAAS) submitted a draft of its proposal for an AAS major to the Committee for Educational Policy. The Faculty approved it on May 14, 1969, and began offering it with class of 1973. The program would consist of one director, who would also teach. All other courses in the AAS major were taught by professors in other departments, whose courses were cross-listed with other academic departments. For decades following the program’s approval, the unreliability of other departments promising AAS courses would become a major obstacle in students’ ability to complete the major.