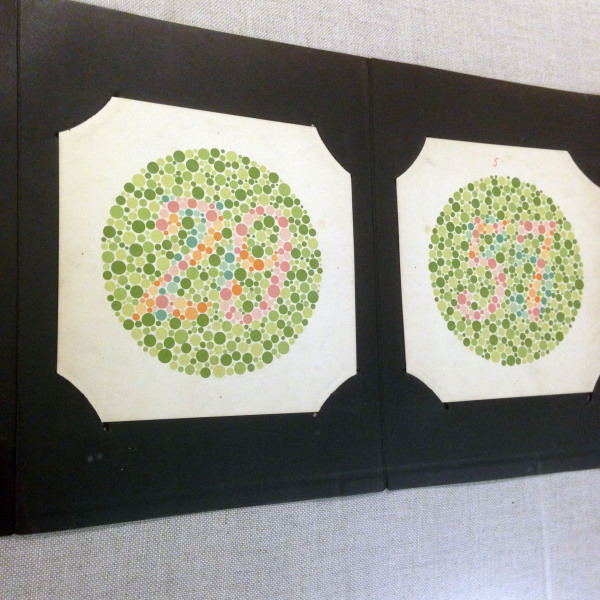 Dr. Shinbou Ishihara, then-Professor of Ophthalmology at the Imperial University of Tokyo, first issued his pioneering test for congenital color-blindness in 1917. The test is still in use today a century later.

The simplicity of the pseudoisochormatic design—requiring no intermediary technology and relying primarily on Arabic numerals—allowed the test to be easily applied in the field, with this edition specifically referring to the examination of railway employees and Navy recruits, while providing instructions and keys in English, French, and German.

With this seventh edition (1937), the plates first jumped from twenty-four to thirty-two in number. Given the precision of the color-printing, each copy of the Ishihara test has since become quasi-unique; this one having belonged to the famed surgical instrument-making firm of John Weiss & Son. A warning on the book states: "The plates must be kept out of the sunlight when they are not in use, for the colouring undergoes a gradual change by exposure to light."