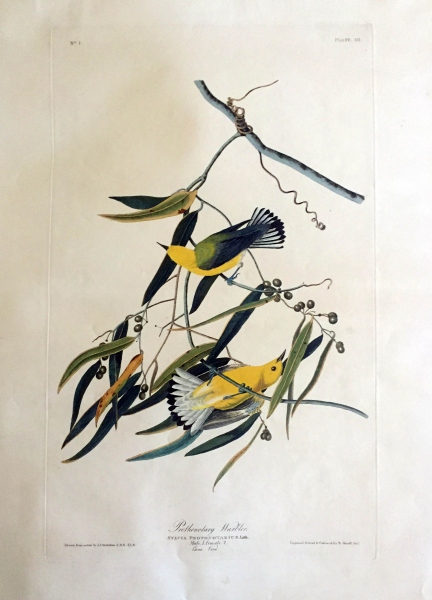 I never saw this pretty bird in any of our eastern districts, and rarely farther up the Ohio than Louisville, in the neighbourhood of which place it rears its young. [...] On alighting, it moves rapidly along the twigs, partly sidewise, frequently turning about and extending its neck to look under the leaves, from which it picks various kinds of insects.