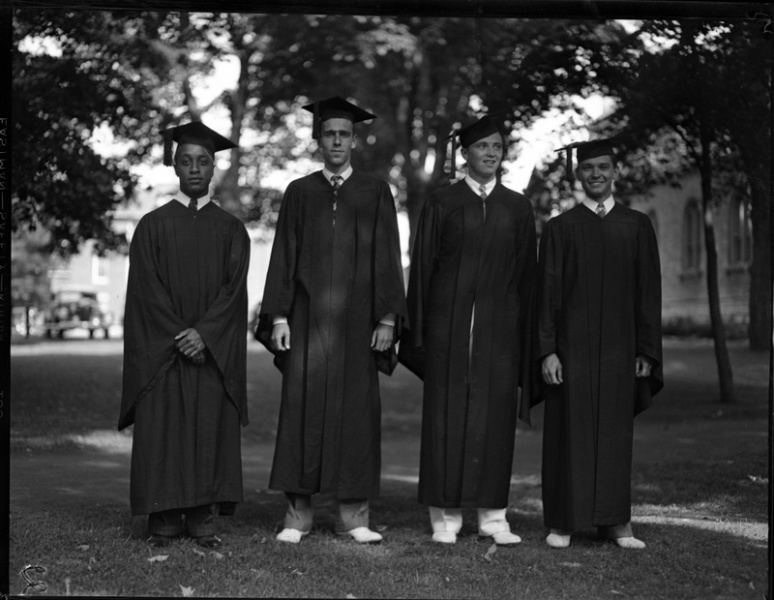 In this image, 1937 commencement speaker Richard K. Barksdale ’37 (far-left) stands next to fellow speaker and classmate, Charles F. Brewster ’37. Barksdale was Bowdoin’s ninth black graduate. Brewster was the son of Ralph Owen Brewster, Class of 1909, whose 1924 Maine gubernatorial election was supported by Maine’s Ku Klux Klan chapter, of which Brewster was an alleged member.